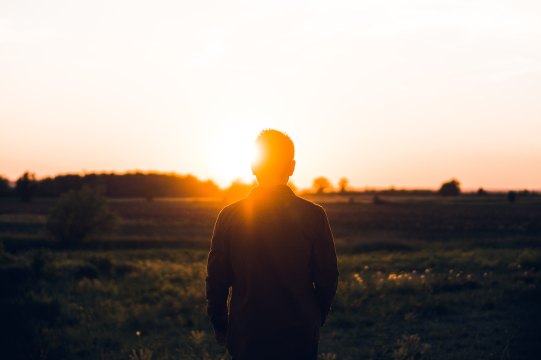 1 Corinthians 15:16–17, “For if the dead are not raised, not even Christ has been raised. And if Christ has not been raised, your faith is futile and you are still in your sins.”

The Nature of the Resurrection Body

Romans 8:23–24, “And not only the creation, but we ourselves, who have the firstfruits of the Spirit, groan inwardly as we wait eagerly for adoption as sons, the redemption of our bodies. For in this hope we were saved. Now hope that is seen is not hope. For who hopes for what he sees? But if we hope for what we do not see, we wait for it with patience.”

1 Corinthians 15:42–49, “So is it with the resurrection of the dead. What is sown is perishable; what is raised is imperishable. It is sown in dishonor; it is raised in glory. It is sown in weakness; it is raised in power. It is sown a natural body; it is raised a spiritual body. If there is a natural body, there is also a spiritual body. Thus it is written, ‘The first man Adam became a living being’; the last Adam became a life-giving spirit. But it is not the spiritual that is first but the natural, and then the spiritual. The first man was from the earth, a man of dust; the second man is from heaven. As was the man of dust, so also are those who are of the dust, and as is the man of heaven, so also are those who are of heaven. Just as we have borne the image of the man of dust, we shall also bear the image of the man of heaven” (cf. 1 Cor 15:35–53).

1 Corinthians 15:50–53, “I tell you this, brothers: flesh and blood cannot inherit the kingdom of God, nor does the perishable inherit the imperishable. Behold! I tell you a mystery. We shall not all sleep, but we shall all be changed, in a moment, in the twinkling of an eye, at the last trumpet. For the trumpet will sound, and the dead will be raised imperishable, and we shall be changed. For this perishable body must put on the imperishable, and this mortal body must put on immortality.”

2 Corinthians 4:14, “knowing that he who raised the Lord Jesus will raise us also with Jesus and bring us with you into his presence.”

Philippians 3:20–21, “But our citizenship is in heaven, and from it we await a Savior, the Lord Jesus Christ, who will transform our lowly body to be like his glorious body, by the power that enables him even to subject all things to himself.”

The Time of the Resurrection

1 Thessalonians 4:14–18, “For since we believe that Jesus died and rose again, even so, through Jesus, God will bring with him those who have fallen asleep. For this we declare to you by a word from the Lord, that we who are alive, who are left until the coming of the Lord, will not precede those who have fallen asleep. For the Lord himself will descend from heaven with a cry of command, with the voice of an archangel, and with the sound of the trumpet of God. And the dead in Christ will rise first. Then we who are alive, who are left, will be caught up together with them in the clouds to meet the Lord in the air, and so we will always be with the Lord. Therefore encourage one another with these words” (cf. Rev 20:4–6).

Defense of the Resurrection

Acts 24:14–15, “But this I confess to you, that according to the Way, which they call a sect, I worship the God of our fathers, believing everything laid down by the Law and written in the Prophets, having a hope in God, which these men themselves accept, that there will be a resurrection of both the just and the unjust” (cf. Acts 17:18, 32; 23:6–8).

1 Corinthian 15:13–14, “But if there is no resurrection of the dead, then not even Christ has been raised. And if Christ has not been raised, then our preaching is in vain and your faith is in vain.”

1 Corinthians 15:20–23, “But in fact Christ has been raised from the dead, the firstfruits of those who have fallen asleep. For as by a man came death, by a man has come also the resurrection of the dead. For as in Adam all die, so also in Christ shall all be made alive. But each in his own order: Christ the firstfruits, then at his coming those who belong to Christ.”

Christ about the Resurrection

John 11:25–26, “Jesus said to her, ‘I am the resurrection and the life. Whoever believes in me, though he die, yet shall he live, and everyone who lives and believes in me shall never die. Do you believe this?’”

Matthew 10:27–28, “What I tell you in the dark, say in the light, and what you hear whispered, proclaim on the housetops. And do not fear those who kill the body but cannot kill the soul. Rather fear him who can destroy both soul and body in hell” (cf. Matt 5:29–30).

Luke 20:34–40, “And Jesus said to them, ‘The sons of this age marry and are given in marriage, but those who are considered worthy to attain to that age and to the resurrection from the dead neither marry nor are given in marriage, for they cannot die anymore, because they are equal to angels and are sons of God, being sons of the resurrection. But that the dead are raised, even Moses showed, in the passage about the bush, where he calls the Lord the God of Abraham and the God of Isaac and the God of Jacob. Now he is not God of the dead, but of the living, for all live to him.’ Then some of the scribes answered, ‘Teacher, you have spoken well.’ For they no longer dared to ask him any question” (cf. Matt 22:29–33; Mark 12:24–27).

Old Testament about the Resurrection

Isaiah 26:19, “Your dead shall live; their bodies shall rise. You who dwell in the dust, awake and sing for joy! For your dew is a dew of light, and the earth will give birth to the dead.”

Hosea 6:2, “After two days he will revive us; on the third day he will raise us up, that we may live before him.”

Daniel 12:2, “And many of those who sleep in the dust of the earth shall awake, some to everlasting life, and some to shame and everlasting contempt.”

Job 19:25–27, “For I know that my Redeemer lives, and at the last he will stand upon the earth. And after my skin has been thus destroyed, yet in my flesh I shall see God, whom I shall see for myself, and my eyes shall behold, and not another. My heart faints within me!”

Psalm 71:20, “You who have made me see many troubles and calamities will revive me again; from the depths of the earth you will bring me up again” (cf. Ps 17:15).

Ephesians 2:4–7, “But God, being rich in mercy, because of the great love with which he loved us, even when we were dead in our trespasses, made us alive together with Christ — by grace you have been saved — and raised us up with him and seated us with him in the heavenly places in Christ Jesus, so that in the coming ages he might show the immeasurable riches of his grace in kindness toward us in Christ Jesus.”

1 Peter 1:3–5, “Blessed be the God and Father of our Lord Jesus Christ! According to his great mercy, he has caused us to be born again to a living hope through the resurrection of Jesus Christ from the dead, to an inheritance that is imperishable, undefiled, and unfading, kept in heaven for you, who by God’s power are being guarded through faith for a salvation ready to be revealed in the last time” (cf. 1 Pet 3:21).

Romans 6:4–5, “We were buried therefore with him by baptism into death, in order that, just as Christ was raised from the dead by the glory of the Father, we too might walk in newness of life. For if we have been united with him in a death like his, we shall certainly be united with him in a resurrection like his” (cf. Col 2:12–13).

Holy Living for Hope of the Resurrection

1 John 3:2–3, “Beloved, we are God’s children now, and what we will be has not yet appeared; but we know that when he appears we shall be like him, because we shall see him as he is. And everyone who thus hopes in him purifies himself as he is pure.”

1 Corinthians 6:13–15, “‘Food is meant for the stomach and the stomach for food’ — and God will destroy both one and the other. The body is not meant for sexual immorality, but for the Lord, and the Lord for the body. And God raised the Lord and will also raise us up by his power. Do you not know that your bodies are members of Christ? Shall I then take the members of Christ and make them members of a prostitute? Never!”

1 Corinthians 15:32–34, “What do I gain if, humanly speaking, I fought with beasts at Ephesus? If the dead are not raised, ‘Let us eat and drink, for tomorrow we die.’ Do not be deceived: ‘Bad company ruins good morals.’ Wake up from your drunken stupor, as is right, and do not go on sinning. For some have no knowledge of God. I say this to your shame.”

Philippians 3:8–12, “Indeed, I count everything as loss because of the surpassing worth of knowing Christ Jesus my Lord. For his sake I have suffered the loss of all things and count them as rubbish, in order that I may gain Christ and be found in him, not having a righteousness of my own that comes from the law, but that which comes through faith in Christ, the righteousness from God that depends on faith — that I may know him and the power of his resurrection, and may share his sufferings, becoming like him in his death, that by any means possible I may attain the resurrection from the dead. Not that I have already obtained this or am already perfect, but I press on to make it my own, because Christ Jesus has made me his own.”

“The Resurrection of the Body”

“Overcoming Sin through Hope of the Resurrection“

2 thoughts on “Bible Verses about the Resurrection of the Dead”