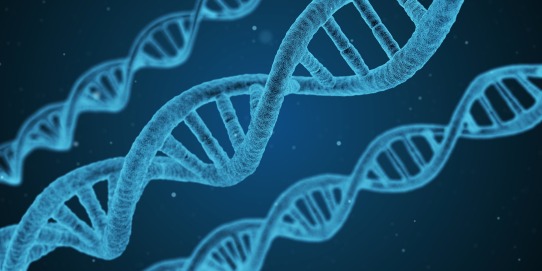 How do we find the truth? All of our basic knowledge comes from our observations starting early in age from our first cognitive awareness forward. Upon these observations, people use reason and make conclusions connecting observations with observations throughout life. Along the way, each person makes assumptions jumping to conclusions, and even deceiving oneself. People need a standard of proof to confirm facts.

The ancient and historical legal maxim for evidence is the agreement of the observations from two or more witnesses. As taught in elementary school, two or more primary sources are needed to prove anything for certain. This standard is seen throughout history in the Roman Corpus of Law, English Common Law, and the U.S. Constitution (Art. 3, Sec. 3). Like any account of a criminal event, the facts must be gathered from eyewitness reports in agreement with trace evidence as other witnesses affirming or denying events. This is the same evidence used for history and to prove scientific observations of natural occurrences and experiments.

Every testimony must be verified by another primary source without fraud or delusion. The presumption of innocence — “innocent until proven guilty” — also applies to witnesses. Two or more witnesses are needed to disregard the agreement of other witnesses.

Should people make assumptions from articles that vaguely refer to scientific observation and allude to speculative sources? Should people trust a religious leader simply because he makes comforting appeals? Each person can examine the primary sources for oneself to see whether religion and science agree. A scholarly search engine can reveal articles. One should only accept reports confirmed by two or more primary sources. Thereby, one can know the facts and find confident conclusions.

Both science and religion claim truth through what appear to be primary sources. Such sources must be tested and held accountable to the standard of evidence. These sources must be producible to be examined.

Scientific theories use facts and other theories to make predictions. These conclusions can vary and contradict within one’s paradigm. Many times, a claim of science may be based mostly on connecting unproven theories without relying on sound logic. Although peer-reviewed, the agreement of expert peers does not necessarily infer a factual conclusion. One should compare alternate positions and find firsthand sources to harmonize in an honest deduction of the facts. Furthermore, science is knowledge gained through observations and experiments.

Evidence and the Faith

Many religious traditions make assertions from divine authoritative sources, and these religious claims can only be proven when the authority is proven. Religion cannot exclude itself from real evidence. For example, the Christian Scriptures both present Moses and Jesus encouraging the standard of evidence by using of two or three witnesses to prove facts (Deut 17:6–7; 19:15, 18–20). Jesus used Moses’s words along with other prophets like Isaiah, David, and John the Baptist to show predictions for God to come as a man and savior who would do miracles and rise from the dead (John 5:31ff). Because of the primary sources of the New Testament writers of Jesus’s life, the Christian Scriptures stand as a reliable account based on eyewitness records for all people to read and determine whether Jesus is the Savior.

Using the authority of witnesses, Jesus quoted the Book of Genesis affirming His acceptance of the creation account with the creation of man and woman (Mark 10:6). Jesus affirmed the beginning of mankind according to Moses contrary to secular theories, and thus many have thought science and religion contradict.

Examining Assumptions of Science and Faith

Do science and religion coincide or contradict each other. Using the standard of evidence, one can observe the truth for oneself. The evidence is a witness among many. Each person can ask such questions like:

Because science is observable and testable knowledge, what claims in the name of “science” are truly observable?

Consider and thoroughly examine the claims of the Christian faith:

For the sake of pure honesty and a sincere search for truth, this is a plea for using the standard of evidence without bias. The honest person must become aware of scientific theories that necessitate one religion’s deity over nature’s God, and one must avoid the unfair bias of secular theories that remove God from scientific inquiry. Such biases must be noted to honestly reach the truth.