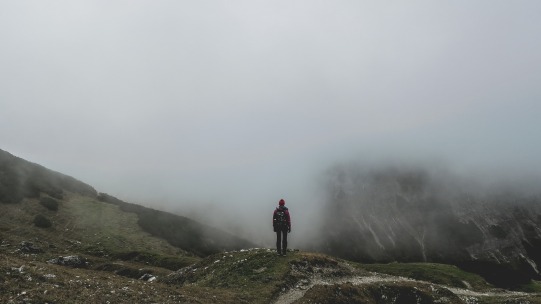 What will happen to those who never find Christ? Is this fair and just that these suffer eternal condemnation? Jesus revealed that few will find the narrow gate and hard road that leads to life, but many will take the wide gate and easy road that leads to destruction (Matt 7:13–14).

God’s Just Wrath and the Ignorant

Are the ignorant safe without God? In Romans 1:18–20, Paul revealed,

For the wrath of God is revealed from heaven against all ungodliness and unrighteousness of men, who suppress the truth in unrighteousness, because what may be known of God is manifest in them, for God has shown it to them. For his invisible attributes, namely, his eternal power and divine nature, have been clearly perceived, ever since the creation of the world, in the things that have been made. So they are without excuse.

People have the ability within them to come to know God’s existence and more. This includes the conscience. Paul wrote in Romans 2:14–15,

[F]or when nations, who do not have the law, by nature do the things in the law, these, although not having the law, are a law to themselves, who show the work of the law written in their hearts, their conscience also bearing witness, and between themselves their thoughts accusing or else excusing them.

Paul continued to reveal that people know God through God’s creation, yet they darken their hearts when they disregard God. Paul affirmed in Romans 1:21–22,

[B]ecause, although they knew God, they did not glorify Him as God, nor were thankful, but became futile in their thoughts, and their foolish hearts were darkened. Professing to be wise, they became fools,

There is no excuse for not knowing God. The depravity of people comes from their lack of recognition of God. They neither glorify Him nor thank Him, and thus they are given to futile thinking. The apostle Paul continued to reveal in Romans 1 those who reject God become foolish and they dishonor their bodies. Paul described the state of all before salvation, “[W]e all once conducted ourselves in the lusts of our flesh, fulfilling the desires of the flesh and of the mind, and were by nature children of wrath, just as the others” (Eph 2:3).

All People Can Come to Know God

All people and nations are close enough to God to find Him. For Jesus affirmed, “Seek and you will find” (Matt 7:7). Christ revealed through Paul in Acts 17,

[God] has made from one blood every nation of men to dwell on all the face of the earth, and has determined their preappointed times and the boundaries of their dwellings, so that they should seek the Lord, in the hope that they might grope for Him and find Him, though He is not far from each one of us; (Acts 17:26–27)

No matter the isolated place on the earth, whether a dense rain-forest or a disconnected island, everyone can know God and He is not far from any that they may know Him and find Him. This is His promise and His providence. God is just. Paul said in 2 Corinthians 4:3–4, “But even if our gospel is veiled, it is veiled to those who are perishing, whose minds the god of this age has blinded, who do not believe, lest the light of the gospel of the glory of Christ, who is the image of God, should shine on them.”

The Condemnation of All

As Romans 1 reveals, indifference keeps people from God and not ignorance. For every person can find Him and so be saved. However, willful ignorance from careless neglect hinders the lost from being saved. Therefore, let everyone seek God and His Christ, because without Him we are condemned. “Therefore, just as through one man sin entered the world, and death through sin, and thus death spread to all men, because all sinned” (Rom 5:12). Hence, “But God demonstrates His own love toward us, in that while we were still sinners, Christ died for us” (Rom 5:8).

Our condemnation is just when we do not find God (John 3:18–21). How can eternal fiery torment in Gehenna be just? The writer of Hebrews revealed,

For if we sin willfully after we have received the knowledge of the truth, there no longer remains a sacrifice for sins, but a certain fearful expectation of judgment, and fiery indignation which will devour the adversaries. Anyone who has rejected Moses’ law dies without mercy on the testimony of two or three witnesses. Of how much worse punishment, do you suppose, will he be thought worthy who has trampled the Son of God underfoot, counted the blood of the covenant by which he was sanctified a common thing, and insulted the Spirit of grace? (Heb 10:26–29)

Where is salvation according to the Christian Scriptures?

Now if we died with Christ, we believe that we shall also live with Him, knowing that Christ, having been raised from the dead, dies no more. Death no longer has dominion over Him. (Rom 6:8–9).

Moreover, brethren, I declare to you the gospel which I preached to you, which also you received and in which you stand, by which also you are saved, if you hold fast that word which I preached to you — unless you believed in vain. For I delivered to you first of all that which I also received: that Christ died for our sins according to the Scriptures, and that He was buried, and that He rose again the third day according to the Scriptures, (1 Cor 15:1–4)

This saving Gospel of the death, burial, and resurrection of Jesus in Romans 6:

Or do you not know that as many of us as were baptized into Christ Jesus were baptized into His death? Therefore we were buried with Him through baptism into death, that just as Christ was raised from the dead by the glory of the Father, even so we also should walk in newness of life. For if we have been united together in the likeness of His death, certainly we also shall be in the likeness of His resurrection, knowing this, that our old man was crucified with Him, that the body of sin might be done away with, that we should no longer be slaves of sin. For he who has died has been freed from sin (Rom 6:3–7)

11 thoughts on “What Will Happen to Those Who Never Find Christ?”